Posted on October 5, 2011 by jeffersonstarfish

Posted on September 27, 2011 by jeffersonstarfish

what i do enjoy about the recently annoucend and much maligned changes, is how everyone is going round checking out profiles, leaving comments, making reviews, taking it all in one last time before it all vanishes.

Posted on September 21, 2011 by jeffersonstarfish

Is this is the sort of submission you’re after?

I present you: the worst website in the world.

Posted on September 18, 2011 by jeffersonstarfish

At the same time beautiful and horrific.

Shoes made from the skin of executed George Parrott.

(not nearly as disturbing as the lobotomies, though)

Posted on September 16, 2011 by jeffersonstarfish

my kind of funny!

Posted on August 19, 2011 by jeffersonstarfish

The dispicable conduct of the military junta in Myanmar is entirely unforgivable and other actions are often questionable, too, such as for example, the construction of a brand new capital city. But if you were to ask me to support just one of their actions I would have to give my full support to the decision to move the State’s administrative functions in an event that focuses entirely on the number “11”.

I can get behind that.

here is a picture of an Apache.

Posted on August 16, 2011 by jeffersonstarfish

As befits a pragmatic archivist, her page is full of interesting things.

Posted on August 11, 2011 by jeffersonstarfish

A most selfless act of mercy!

If you ever find yourself down in the dumps…..
You might be in for a suprise if Sam’s your pal.

Posted on August 8, 2011 by jeffersonstarfish

(say it so that it rhymes)

Posted in Search | Tagged search | Leave a comment
Posted on August 1, 2011 by jeffersonstarfish 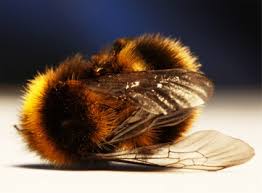 Over the weekend I was working on my son’s future nostalgia again (and so, vicariously revisiting my own childhood). This most recent project has moved away from the smokey and uproarious mayhem of capguns, and advanced to the more stealthy art of shooting catapults.

I was in the garden with my boy taking shots at a bucket we had placed as target some distance away, naturaly after having admonished him not to point the catapult at his sister, windows or animals.

We were (that is to say I was) having fun, and naturally being the stronger and more experienced catapultist I was hitting the bucked consistently with a satisfying clang.

He, on the other hand, was not so successful and grew increasingly frustrated by his inability to hit the target. Eventually he asked: How do you do that daddy, can you show me?

Keen to mentor him in the fine art, and eager to appear heroic, I spoke authoritatively (I improvised wildly) about arm position, shape of projectile, balanced elastic tension, being in the zone etc. and then, to make the whole inevitable experience of missing your target more lighthearted and bearable for him, I added, jokingly:

If you do that you can hit anything. See that bee over there?

I pointed at a bee some 15ft away, buzzing erratically over some flowers.

Anticipating wild laughter from my son at my imminent failure, I fired my catapult.

To my horror and his amazement I shot the bee right out of the air.

Poker-faced I looked at my boy who stood open mouthed, his expression changing from astounded incredulity to revulsion, then back to amazement then …. well, I don’t know what, disappointment perhaps. At this point I couldn’t read him any more, and there was no way I could coach him through his frustration.

You killed a bee, dad!

(time to learn to cope with disappointment by yourself, son) I walked (strutted) away.